We started the year 2019 with the ProSweets 2019 fair that was held in Kőln between 27th and 31st of January. Many of our clients belong to the sector of sweets and healthy snacks (bakeries and suppliers to bakeries, snack producers etc.), so we considered it a great opportunity to gain more exposure. Since we have not participated at this fair before, we opted to exhibit in the Newcomer Area for maximum exposure during the four days of the fair.

Participating at food fairs has become one of our priorities, as it gives us the opportunity to meet new business partners and maintain already established cooperations. 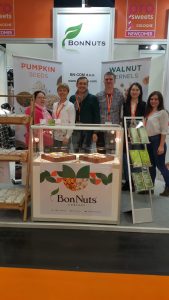 ProSweets fair is promoted as one of the most important international platform for the suppliers for the sweets industry. Growing in scale every year, it has become an important meeting point, especially considering the fact that ISM fair is held simultaneously. According to the official statistics there was an increase both in the number of visitors as well as exhibitors compared to 2018 (both by 5%). However, exhibitors left with mixed impressions. Speaking with other exhibitors and comparing our impressions of the success of the fair (number of visitors, number of new contacts, meeting etc.), it was generally agreed that interest in the fair this year was somehow lacking. Poor weather conditions in January may have also affected the attendance at both ISM and ProSweets fair.

The first day of the fair started a bit slow, with not too many visitors – as it was expected, considering it was a Sunday. We established some new contacts for possible future business cooperations and also met our cordial and friendly neighbouring companies at the Newcomer Area. On the 2nd and 3rd day there were more visitors, we had some successful meetings and also paid a visit to some of our existing clients at the ISM. The last day of the fair was a disappointment, with many exhibitors leaving before the end – both at the ProSweets and ISM fair.

ProSweets 2019 was an important experience, resulting in some business opportunities and signed contracts for us. But there is certainly room for improvement, for the raw materials and ingredients in particular. Nonetheless, our team had a great time and took the opportunity to explore also the city and the local cuisine. 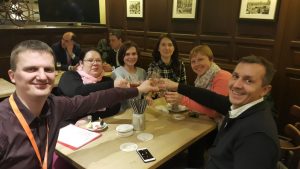 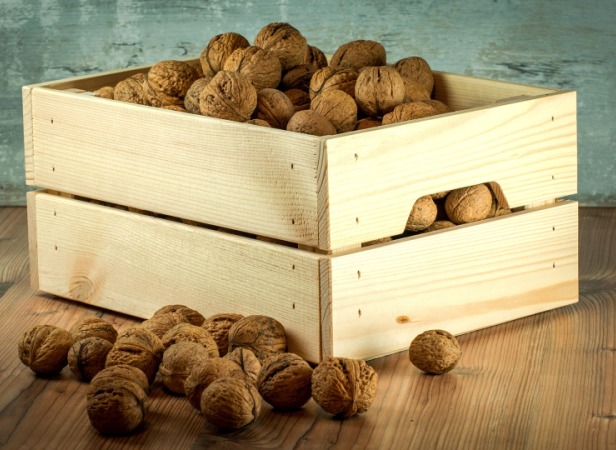